Hooray For Arrays: What Do You Say, Let Make An Array!

Telling The Time Made Easy! 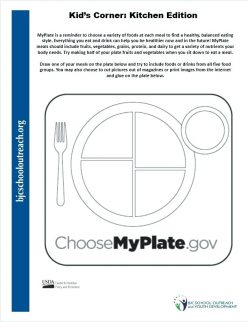 Making Change At The Grocery Store

Mathematics is one of the main subjects taught at school for any level. Since the first grade children study basic and simple mathematics materials such as addition, subtraction, division, and other basic math. The Second grade students will also be taught some basic math which is developed from their first grade materials. To help the children develop their mathematics skill, teacher often use some kind of math worksheets to help the children enhance their skill in calculating. As parents, at home, you may provide your kids with math worksheets for second grader available abundantly on the internet to support what the teacher has done. There are many kinds of worksheet that parents can find to help their kids study mathematics better in fun ways at home. Math worksheets with many kinds of math operation are vary. And Below you are going to be provided with variety of 2nd grade math worksheets that may help your kids’ to develop their mathematics skill.

There are several addition practices which are taught at the second grade. Students start not only to learn to add several single-digit numbers, but also learn to regroup addition with two- or three-digit number as well. Therefore, there are some types of addition worksheets that can be used for the students of second grade such as what is commonly called as column addition, where you write numbers under each other for adding.

Other fun way is to use pictures of various animals. You can provide pictures of animals add up the numbers and write the total at the end. As the kids work through this two- or three- digit addition, they’ll feel like they are really counting down the number of monkeys at the zoo. This worksheet will help them work on their mental math as well.

There are several version of subtraction worksheets that you can give to children. However, Children commonly find more challenges in doing subtraction than addition. Therefore, you need to find subtraction math worksheets for second grade which convey the meaning of subtraction sentences first. You can start by giving the children different kinds of illustration, and they have to choose the subtraction form which matches the illustration given.

Another version that you can use is by giving subtraction word problem worksheet. For the second graders, use only one or two digit numbers for the word problem. If you want to make it more challenging, however, you can add irrelevant data into the problem to see if the student read the question carefully or not, instead of focusing on the solution pattern only.

For second graders, division is introduced as a concept. Unlike, addition or subtraction, this skill doesn’t come naturally to most of the children. Teachers or parents often should spend quite a long time to develop the children’s understanding on what division operation is and how it works. Building a good understanding on the division is important for second graders. Two main skill on division, i.e. understanding what division is and how it works, and finding solution for simple division problems should be firmly possessed by children on this grade so that they won’t find any difficulties in facing division facts in the higher level later.

The first way to present the concept of division is by seeing it as grouping. The present of division math worksheets obviously will help the children to understand this concept. For example, provide children with picture of 8 plants which are planted separately into group of four, so that you will have 2 groups of plants. By using this illustration, you can guide the children into the division sentence: 8: 2 = 4.

The students of second grade also learn about clock. Most of the time they will be taught of how to read analog clock. The teacher would mostly start with “whole hours” like 3 o’clock, 6 o’clock and so on. Then, the students will be introduced with half and quarters units. Further the students of second grade will also learn more about the concept of time such as seconds, minutes, and am & pm as well. And providing children with clocks and time worksheets with pictures of analog clock will certainly help the children a lot in understanding and telling the time.

There are certain patterns actually that both teachers and parents can use to help improve second graders’ skill in counting. For example, the addition number pattern will help students of second grade be able to find the relationship of repeated addition and multiplication. Patterns with multiple of five or ten will be essential in solving problem of money or time, especially, and in many other fields. Giving the second graders the proper counting and number patterns worksheets will certainly helpful for their fluency in calculating.

The math operations taught for second graders has been vary, therefore, there are many kinds of 2nd grade math worksheets that you can find on the internet and commonly printable for free. You should be careful in choosing which one is fit with the materials your children are facing now. One of the worksheets that you can find is the comparing number worksheets. On these worksheets the second graders will learn to compare and order the numbers. Make sure that they know the meaning of “greater than, less than, and equals to” along with the symbol as well.

To practice ordering number, you can ask students to fill in a number that makes a sequence with the numbers before and after it.

Other variety on the 2nd grade math worksheets that you may find is about data and graphs worksheet. Data and graphs math worksheets aims to help children to be able to read, interpret and answer questions that involve data. The easiest way for the children is using the picture graph worksheet. You can use the survey form, such as students’ hobbies survey to practice the graphs. Provide columns of several hobbies, and find out how many students enjoy reading, exercising, singing, etc.

Second graders are also introduced to measurements, either its units or the tools to estimate. The students are introduced to some measurement of length, weight, capacity, and temperature as well. On the units of measurements worksheets, students are provided with pictures of things weighing with either non-standard unit or it’s customary to compare the weight. Then the students should solve the problems given.

Patterns are important in calculating and do the math operations. There are several important patterns that you can find in patterns math worksheets to help the second graders improve their skills in counting. First of all, students can identify the patterns such as 2s, 5s, 10s, in the math worksheet by adding the color. Plus, they can practice counting forward and backward as well. They add or subtract 2, 5, or 10 to get the answers.

Mixed operations require higher level skill in counting. Some children may find difficulties in solving this kind of problems. Therefore, by providing the students this kind of mix operations math, it will increase their counting skill. Using fact families for the worksheet is quite effective. The students may also learn inverse relationship between addition and subtraction.

This worksheets will give practices for the second graders to identify and mention the name of three dimensional shapes such as cube, sphere, cone, cylinder, and pyramid.

Place value worksheets will give the students of second graders a chance to learn to compose and decompose numbers using the place value concepts. In the 2nd grade you may find practices on combining 3-digit numbers like 200 + 70 + 3 = ____. Or students should identify the numbers as hundreds, tens, and ones.

Fraction is commonly understood as parts of a whole and parts of a set. This worksheets helps students to learn the fractions. Matching the fraction sentence to divided shapes provided would be fit for the practice. When students learn fraction as parts of a set, on the worksheet you can see a set of objects (e.g. 6 flowers) and two of them are colored yellow, for example, and then the students are asked what fraction of the flowers are yellow?

Estimation and rounding worksheets will help the students to take the guesswork out of rounding either up or down. Multiple choices would likely present pretty easy exercises in rounding up the numbers since for some children rounding concept may be a bit difficult to get. Provide numbers which are near to hundreds numbers and provide some choices so that the students can choose the best answer for the problems.

Data is important in providing probability and statistics worksheets. For example, there will be data in the form of graphs and followed by several questions in the worksheet for the students of second graders to learn.

By using logical reasoning worksheets, you can increase not only the critical thinking of the students, but also his ability in problem solving and math skill. Time logic practices are one of the popular exercises for second graders. Using Logical word or story problem would be suitable exercise for the students. For example, you can find 2nd grade math worksheets where the students are asked what time did they wake up this morning, and what time was it if they got up one hour earlier?

In this kind of worksheet students will learn the value of the currency they usually use and how to add or subtract them as they use them to buy something they like such as candies. Through the activities provided in counting money worksheets students will get more benefit than just calculating.

Math has constantly developed from time to time. Students’ ability in counting should be sharpened all the time. The above 2nd grade math worksheetsis hopefully useful and helpful for the students over time.

This website uses cookies to improve your experience while you navigate through the website. Out of these cookies, the cookies that are categorized as necessary are stored on your browser as they are essential for the working of basic functionalities of the website. We also use third-party cookies that help us analyze and understand how you use this website. These cookies will be stored in your browser only with your consent. You also have the option to opt-out of these cookies. But opting out of some of these cookies may have an effect on your browsing experience.
Necessary Always Enabled
Necessary cookies are absolutely essential for the website to function properly. This category only includes cookies that ensures basic functionalities and security features of the website. These cookies do not store any personal information.
Non-necessary
Any cookies that may not be particularly necessary for the website to function and is used specifically to collect user personal data via analytics, ads, other embedded contents are termed as non-necessary cookies. It is mandatory to procure user consent prior to running these cookies on your website.
SAVE & ACCEPT